Unwords of the 21st century

This unit is exclusively for those who do not pass out or imitate this act when seeing pictures like this: 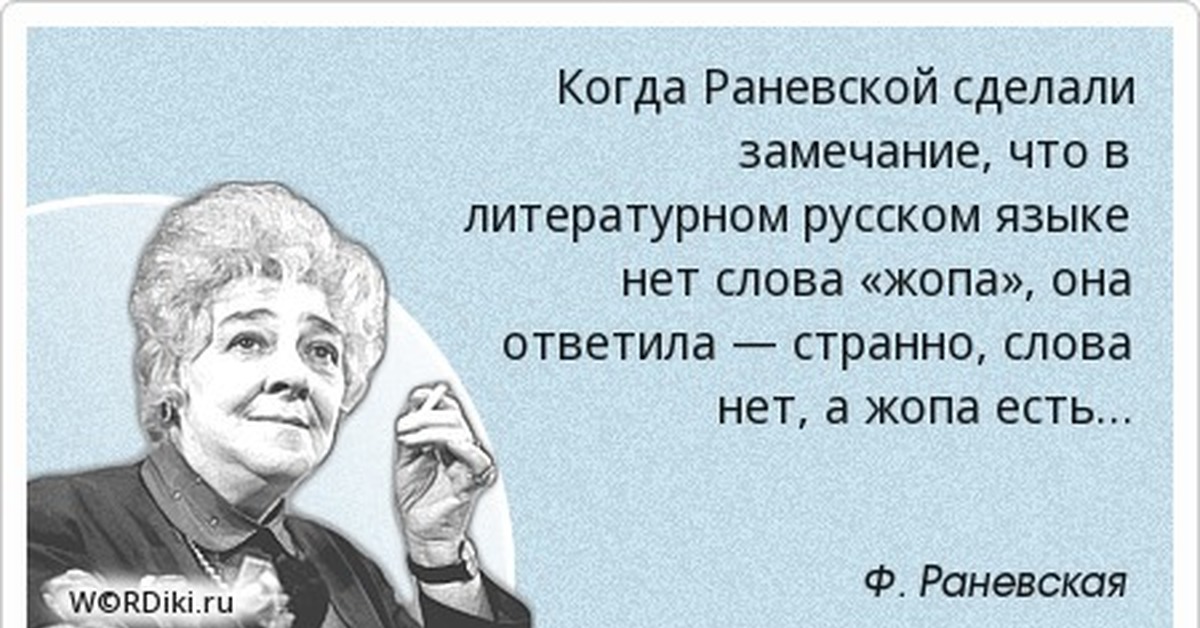 You will come across the word “ass” only four times in this unit, but we will not focus on it. We will discuss another issue – the boundaries of the language that we are supposed to use in order to succeed in the modern world. On the one hand, we must learn to be politically correct communicating in the English-speaking countries. On the other hand, to succeed in life we need to remain free-thinkers, not hypocrites. Look at the very definition of political correctness (PC):

Not all modern dictionaries follow the latest trends, however. For example, Merriam-Webster defines “manpower” this way: body of persons at work or available for work. No “human resource” yet. Now watch this:

This philosophy is traditionally expressed in a slightly different form, though:” When at Rome, do as the Romans do,” which means that you should always consider local social standards. The problem is that not all “Romans” are the same. Millions of them, for instance, sincerely laugh watching the South Park cartoons. Try to join the laughter:

To understand the word “nagger” you have to learn the verb “to nag” first: To annoy by constant scolding, complaining, or urging. By the way, pronounce the word “scold” correctly making it sound differently from “scald.” Jesse Jackson is a real American political activist, Baptist minister, and politician. The phrase “down with” has many meanings, but in this particular case, it indicates that one understands or approves of something (US slang). Regarding the verb “to forfeit”: to give up or lose something because you cannot do something that the rules or the law says you must do.

Here is the first controversial topic to discuss: if someone is laughing watching cartoons like South Park, does it make him a racist? Is it appropriate to use the episodes like the one you have just seen for educational purposes? Have patience to watch the rest:

Those who already hate the author of this unit will surely appreciate the phrase “words are like bullets”:

The idea of creating this unit was inspired by an attempt to make up a drill based on the episode from the movie Bugsy:

The funny part of this unit has ended. We are getting more and more serious. So, the critics of the video-based drilling excercise suggested that the usage of this picture was offensive: 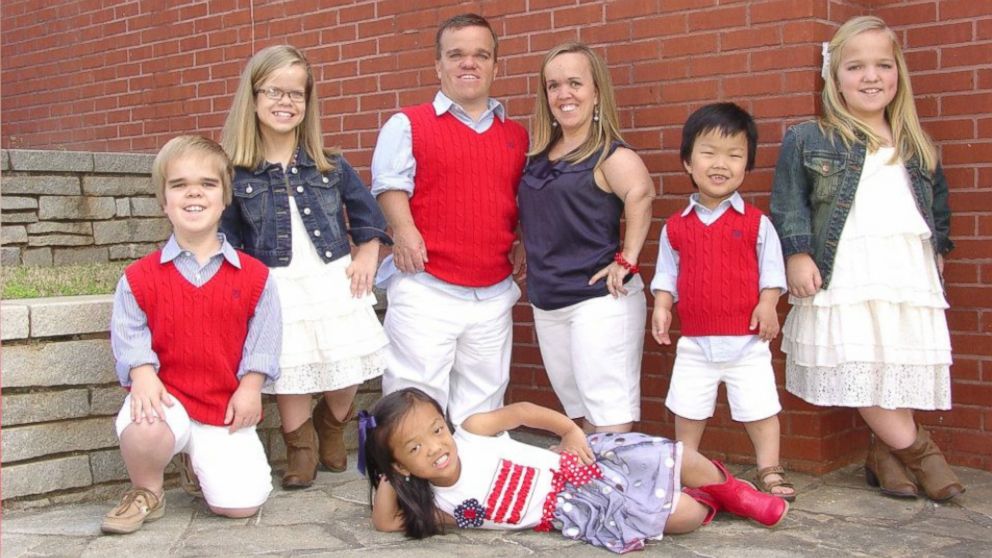 And that instead we should have used the pictures like this one: 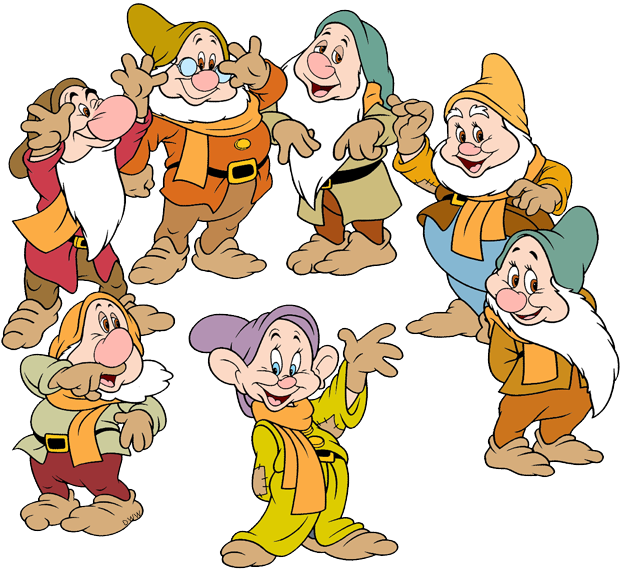 Note: we did not use the word “midgets.” Only “dwarves” (the way it is pronounced in the movie). Here begins the most interesting part of the discussion: there is a difference between “dwarfs” and “dwarves”. Below follows very interesting information about this matter:

It may come as a great surprise to the fans of The Lord of the Rings, but the correct traditional spelling of the plural of “dwarf” is “dwarfs,” not “dwarves”. When an English noun ends with a single “f” in the singular, the “f” usually changes to “v” in the plural, as in: calf – calves; half – halves; wife – wives. There are, however, a few exceptions to the rule, e.g. roof – roofs; chief – chiefs; and “dwarfs” used to be one of the exceptions. Nonetheless, J. R. R. Tolkien decided to use the spelling “dwarves” throughout his books instead. Or did he? Tolkien himself admitted that “dwarves” was a misspelling. The spelling may have started off as an error, but it has been living a life of its own and is now considered the standard spelling of the plural when referring to the fictional race created by Tolkien. Due to the books’ popularity, other fantasy authors commonly adopt the spelling as well. When referring to the meanings of the word “dwarf” not related to fantasy, the plural “dwarfs” should be used, especially when referring to people in medical literature: People with dwarfism are called dwarfs.

Did you know the verb “to belittle”? Think about this statement for a while: 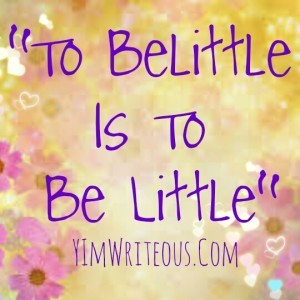 So, is the word “dwarf” politically correct? At least in the US, the answer is yes, because dwarfism cannot exist without the dwarfs. This word is used along with "person of short stature" and "little person," although preferred terms vary by person and community. Many people who experience dwarfism prefer the term "little person." The word “midget” is sometimes referred to as “m-word” and considered taboo. Still, we can come across this word even in Wikipedia: “Dwarf-tossing, also called midget-tossing, is a pub/bar attraction in which people with dwarfism, wearing special padded clothing or Velcro costumes, are thrown onto mattresses or at Velcro-coated walls. Participants compete to throw the person with dwarfism the farthest. A related formerly practiced activity was dwarf-bowling, in which a person with dwarfism was placed on a skateboard and used as a bowling ball.”

You may think that the word “midget” is derogatory and both Dwarf Tossing and Midget Tossing is an ugly practice that should be banned all over the world or at least in that part of the world that claims to be called Western civilization. By the way, Dwarf Tossing was started in Australia as a form of pub entertainment in the early 1980s, and it is banned only in two states of the USA. Maybe you are beginning to feel some kind of indignation and think this entertainment should be banned everywhere along with the very word “midget.” This is good for further discussion after you watch this video:

To call out = to publicly criticize (one of the meanings), reimbursement = payment

So, please discuss the following statement:

Words can be derogatory; the way people entertain themselves may seem decadent, but nothing is uglier than hypocrisy, censorship and the attempts to limit people’s freedom. Not only is this disgusting – this is dangerous. That is how the author of this unit feels, but you have the right to disagree. There are no right answers to these questions. Do you know that it would be not politically correct to enjoy this song of Bonnie Tyler nowadays?

Black wool was considered commercially undesirable because it could not be dyed. In 18th and 19th century England, the sheep’s black color was seen as the mark of the devil. The idiom thus means the following: a disgrace, the least reputable member of a group, someone who is viewed as unlike the rest (usually a part of a family), someone who brings shame to their family (theidioms.com)

No comments this time. Go to the first episode from South Park at the beginning of this unit if you don’t sense the problem yet.

Now read and watch the most important and profound part of this unit that explains the very nature of the attempts to control the language. Unfortunately this part will be too vague to those unfamiliar with George Orwell’s dystopia "1984”. This is where the idea of “unword” comes from. If you still know nothing about the novel, there is one unit that will help you to fill the gap.

“It’s a beautiful thing – the destruction of words,” says one of the novel’s characters. He works in the so-called Newspeak committee. This Orwell’s invention can be found in the Merriam-Webster dictionary: : propagandistic language marked by euphemism, circumlocution, and the inversion of customary meanings. In his novel "1984", Orwell included an appendix that explained a special fictional language created by the hypothetical totalitarian government. This part of the novel is now more relevant than ever in a world full of “political correctness” and censorship. Try to say or write something like “all lives matter” in the USA or “the duck’s house” in Russia and you will get the picture. Or try to find on Chinese internet something about Dalai Lama, June 4 or “tank man.” The road to hell starts from “midgets” and “black sheep” and, of course, it is paved with good intentions to protect someone’s feelings. One of the most important quotes from “1984” is this one: “Freedom is the freedom to say that two plus two equals four. If that is granted, all else follows.”

Do you remember the stupid and seemingly innocent phrase “words are like bullets?” It always ends up with bullets when someone tries to control the way you think and express your feelings. Newspeak in the novel is a language with restricted grammar and limited vocabulary used in Oceania, according to Orwell, “to diminish the range of thought.” For example, in the Newspeak, the term "plusgood" had replaced words "better" and "great". The words like “freedom” are especially targeted in this process:

Watch short episodes from the movie:

Note, that the Party official does not blame Smith for the “unwords” since they are “only very recent” meaning that they are not yet excluded from the official usage. It is still “politically correct” to use them. Maybe they are somewhere in between the “midget” and the “dwarf” on the way to “little person”… Let us consider another curious detail – Minrec (the department where Smith works). In the novel it is not Minrec but Recdep. Read now the part of the Appendix from the novel:

“The name of every organization, or body of people, or doctrine, or country, or institution, or public building, was invariably cut down into the familiar shape; that is, a single easily pronounced word with the smallest number of syllables that would preserve the original derivation. In the Ministry of Truth, for example, the Records Department, in which Winston Smith worked, was called Recdep, the Fiction Department was called Ficdep, the Teleprogrammes Department was called Teledep, and so on. This was not done solely with the object of saving time. Even in the early decades of the twentieth century, telescoped words and phrases had been one of the characteristic features of political language; and it had been noticed that the tendency to use abbreviations of this kind was most marked in totalitarian countries and totalitarian organizations. Examples were such words as Nazi, Gestapo, Comintern, Agitprop. In the beginning the practice had been adopted as it were instinctively, but in Newspeak it was used with a conscious purpose. It was perceived that in thus abbreviating a name one narrowed and subtly altered its meaning, by cutting out most of the associations that would otherwise cling to it. The words Communist International, for instance, call up a composite picture of universal human brotherhood, red flags, barricades, Karl Marx, and the Paris Commune. The word Comintern, on the other hand, suggests merely a tightly-knit organization and a well-defined body of doctrine. It refers to something almost as easily recognized, and as limited in purpose, as a chair or a table. Comintern is a word that can be uttered almost without taking thought, whereas Communist International is a phrase over which one is obliged to linger at least momentarily. In the same way, the associations called up by a word like Minitrue are fewer and more controllable than those called up by Ministry of Truth.”

One more episode from the movie:

There is a book The Unwords: Exposing The Dishonest Language of a Culture in Decline published by Non