Why should you trust what is written below? When I was your age, I was trying hard to forget the hateful school chemistry, but a couple of years later I was busy studying the university quantum chemistry. I took German classes at school, but when a post-graduate student in physics, I was a chairman of an English speaking club, and later on I started several language schools, including one online. I managed to do international trade business and back in 90s I set up a travel agency that is still in business today. Life is unpredictable. Even more so because of open possibilities as you get a good education. So I ask you to trust me.

These lines were originally intended for the eyes of the students of Geology and Geography Faculty majoring in local lore and tourism. If you think you’ll be creating and selling travel-related products, it does not imply you have to learn English using only travel-related materials. Example:

You must be familiar with not only geography and history of countries but understand their economy and politics. Both tourists and agency managers must be aware of the threats of Islamic fundamentalism. It is obvious. However, there are more subtle things you will come to understand after this Unit. Let’s go back to the CNN broadcast about Amsterdam. I intentionally do not write down here the presenter’s first two words:

In order to learn to speak and write in English, you first have to learn to comprehend the real spoken language. Why it is difficult to grasp the language by ear you can read (in Russian) here:

If you don’t have time for that (meaning you can make time for everything else but English), I will just share with you the following observation: you cannot hear ‘wrote’ because you are accustomed to see this word 'written', not pronounced verbally. Our platform is especially designed to help you develop listening skills. The main secret is that it is the word Anne that comes before it, the name known to everybody who is familiar with Amsterdam. Adding the last name Frank will not cause any association problem for an educated person. If the name Anne Frank does not ring a bell with you, it is not your fault – the Anne Frank story is not included in schools's curriculum in Russia. As you will see in what follows, the civilized West is not without problems either, not to mention other parts of the world. But you have come to a good university and your education lacunae will be filled. So, the video starts with the words ‘Anne wrote’. Now take a look at the preceding video frames. The presenter is saying good-bye to a leader of the LGBT-community and is going down the street of Amsterdam:

Remember the phrase ‘It is not an option, it’s a must’. «Must» is a noun here. When preparing for your future job interview, you may come across the phrase “English is a must”.  You might regret then that you did not click the link above… Don’t get surprised that this topic gradually develops into something quite different. But it is OK because the world does not consists of ‘topics’ and Amsterdam is not all about tourist attractions meant to entertain. Watch the short clip from the movie about two teenagers in love who have cancer. They went to Amsterdam to meet the author of the book that tells how to defeat the disease. The name of the movie is The Fault In Our Stars.  You may have seen it: in Russia, it was run under the name "Виноваты звезды". The young lovers decided they must visit the sad place called the Anne Frank House:

The word ‘fault’ is easy to remember using the phrase ‘It’s not my fault’ (не моя вина), though ‘fault’ is not always «вина», it can also mean «недостаток» or even «дефект». Try not to use English-Russian dictionaries - you risk to learn an English-Russian language and never get the taste of all shades of a word. 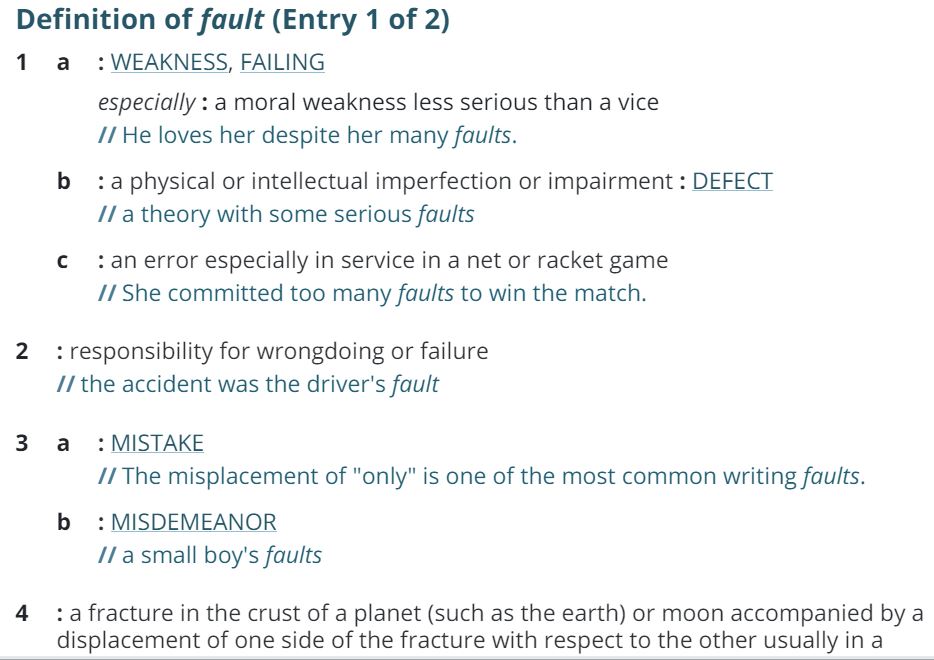 The video examples can be found here: https://www.englishpatient.org/share/modules/rGgfF3MCX1

Let’s return to Amsterdam, to be precise, to its main landmark:

The museum director says that it is difficult to include studying the Anne Frank’s diary into school curriculums. Someone may think that it is because of the opposition of the Muslim parents who have a particular attitude to the Holocaust (In Europe, they sometimes make attempts to exclude pork from the school menu and Piglet, the character from Winnie-The-Pooh stories). It is not the case here: the diary refers to anatomical observations made by the growing-up teenage girl over her body, which shocked some parents. These observations take up half a page in the diary, but some educational institutions in the USA (Texas, Michigan) have withdrawn the book from their libraries as containing pornography. Alabama textbook committee in 1983 called for banning the diary on the grounds that it was "a real downer." downer = an event or experience that makes you unhappy. Example: You lost your job? That's a real downer! Let us finish watching the “tourist” movie about Amsterdam and discuss the other reason that the A. Frank’s diary was censored. First, you have to know well which countries Holland borders on. Second, understand the different degrees of persecution to which the Jews were subjected in the neighboring countries. 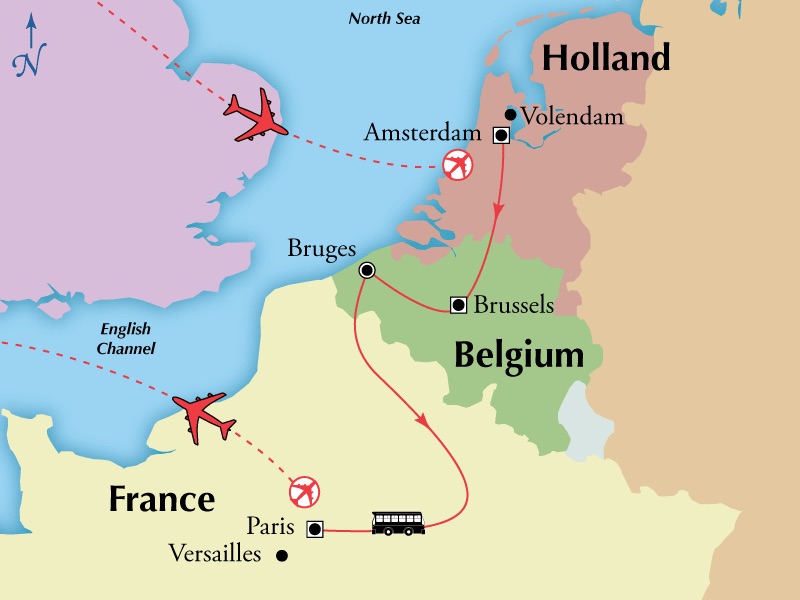 Besides «anatomical», there is another problem that prevents the Anne Frank’s diary from including into school curriculums. Though the problem actually exists in the Middle East countries. The fact is that the diary is an internationally recognized piece of evidence for the Holocaust. Read this material from the Anne Frank House website:  Many children in the Middle East learn at school that the diary of Anne Frank is a forgery. There are books, pamphlets and websites claiming that the diary is a forgery, that it is written by people other than Anne Frank herself, and that it was partly written with a ballpoint pen. These are lies. Holocaust denial does not only take place in the western world, but also – and in recent years increasingly – in the Middle East. There it is mainly used as a weapon in the struggle against the state of Israel. Sowing doubt about the fate of the Jews during the Second World War, and proclaiming that the diary of Anne Frank is not authentic, is done primarily to ‘prove’ that the Holocaust is “Zionist propaganda”. In this way, people try to undermine the state of Israel‘s right to exist. In Iran, the denial of the Holocaust is even official state ideology, but in the Arabic world too – and increasingly in Turkey – Holocaust deniers are presented in the media as serious scientists. https://www.annefrank.org/en/anne-frank/go-in-depth/authenticity-diary-anne-frank/

Let’s finish up the Dutch part of this story:

Fast-forward to Italy and recall the title of this text. What do football and Holocaust victim Anne Frank have in common?  It turns out that the connection does exists: because anti-Semitism will likely outlive football:

Jersey: an often loose-fitting shirt that is worn by a member of a sports team as part of a team uniform and that typically has the athlete's name and number on the back a football jersey.

Following the anti-Semitic incident, the soccer team put on T-shirts with an image of Anne Frank printed on them. The minute of silence was followed by the passage from her diary: “I see the world being slowly transformed into a wilderness, I hear the approaching thunder that, one day, will destroy us too, I feel the suffering of millions. And yet, when I look up at the sky, I somehow feel that everything will change for the better, that this cruelty too shall end, that peace and tranquility will return once more.” Some of the fan ultras protested by turning back to the pitch and singing the Italian anthem. As a result of the public outcry, the football club decided to pay for the annual trip of 200 fans to Auschwitz.

Now back to Amsterdam to try and understand what made this city so attractive for tourists. It is up to you to decide whether, in answering this question, we’ll be able to avoid the so much disliked topic of politics:

Ahoy! – used by a sailor who is calling out to a passing ship or boat (interjection).

In the program about Amsterdam you saw Richard Quest, one the best CNN anchors. His specialty is also covering economic events, especially relating to aviation. He always covers the details of plane crashes. But his favorite subject, judging by the number of programs, is travelling, just like the program we have just worked out. He normally does not go too deep into politics.

How should you learn words? Definitely not by writing them down into your notebook along with translation and transcription. It is better to select video clips with the word you fail to memorize. If your future job is related to tourism, you will be selling ‘impressions’ – впечатления. Suppose you find it hard to remember the verb ‘to impress’… Our platform offers you everything you might need to help your memorize word: from cartoons to Hollywood movies:

There is a good word– edutainment. You have to learn having fun along the way, so that words and phrases are retained in your memory with the help of impressions. Laughter helps too:

The idiom ‘on the fritz’ is used mostly in the USA, with a declining usage in recent decades. But with commercials that make you laugh, you’ll find it easy to remember and won’t be baffled by a phrases like  these: yesterday my fridge went on the fritz, his stress wasn’t helped by the air conditioner being on the fritz.

Thus, you have to learn to ‘smell ingredients’ – in learning the language and in your perception of the world, since the world more fully reveals itself in the world language. Then not only the city but the entire world will become brighter than the couple of ingredients that Richard Quest mentioned at the beginning of the program about Amsterdam:

If some of you have developed aversion and outrage against the four-letter abbreviation mentioned at the beginning of this text, I beg them to be aware that the very same feelings and emotional impulses, when united into social systems, will eventually end up with Auschwitz.