It is not actually so difficult to find out the title of the song used in this video. Of course, you can use special app on your phone but it is better to be a smart person than always rely on smart gadgets. Simply type ‘Young man, there’s no need to feel down!’ and old but popular song YMCA will pop up immediately. This song was recorded nearly a century ago by the band Village People. As Paul McCartney sings ‘it was a hit before your mother was born’. But 2020 is the year of the politicians from that era. Even if they are firing on all cylinders which means ‘operating as powerfully and effectively as possible’. YMCA is a worldwide Christian youth organization with around 60 million members living in many countries. If you travel and need a budget hotel, look for YMCA hotels.

It is not only the political opponents who are preparing for the election night but also the owners of businesses:

They have learned their lessons at the peak of Black Lives Matter riots and now turn their premises into fortresses. In the spring and summer of 2020 civil unrest resulted in pogroms and looting. Note, that the word ‘pogrom’ is one of the words of Russian origin used worldwide. Do you know what ‘premise’ means? You will probably be surprised if you inquire in the dictionary. You surely know what ‘barbed wire' means but quite often students forget to ask themselves a quesion: what is a ‘barb’? What is the difference between a ‘barbed wire’ and ‘razor wire’? This is where you can find the answers: https://www.englishpatient.org/platform/app2/#/slide/X4eJj2UYWj

Now look at the map of Pennsylvania and try to guess why it was so important for Trump to win this state: 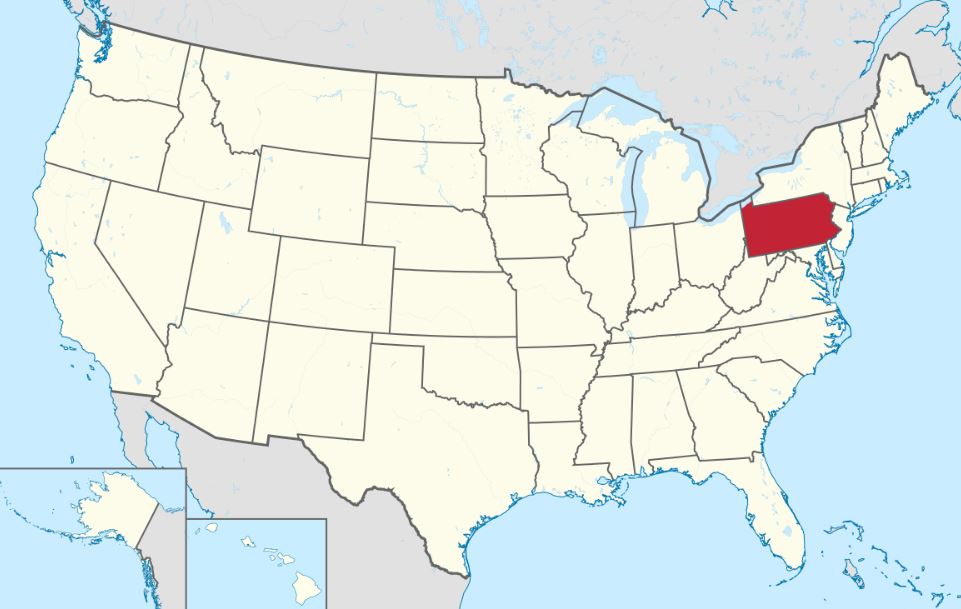 This dialog may help:

There are two reasons why it is difficult for you to grasp the meaning of the last words (question marks) even though all of them are for sure in your vocabulary. They simply have no meaning for you yet. We will get back to this a little later when you will be able to fill the gaps yourself. Before learning about key states, red states and blue states, swing states and safe states, battleground states and rust belt states you have to understand the system of voting called Electoral College. Let us go back in time and use the following old video from my collection:

The point is that no matter how close the numbers are all the electoral votes will benefit the candidate who got the majority of votes in any particular state. ‘College’ has nothing to do with teaching of voters to exercise their rights: the word came from Latin ‘collegium‘ (partnership). This is very controversial system though:

A new phrasal verb – to laser in. Now you know the answer to the question for the video with the verb ‘to barnstorm’ - the path to 270.

POTUS=President of the United State. Guess who FLOTUS may be? This term is used quite often. What is not used, however, is the word FGOTUS. Joe Biden is an old man and Kamala Harris is a married woman…

‘Red states’ are the states where Republicans are popular and ‘blue states’ where normally Democrats win:

To watch the news in election season is the best way to memorize the states and their correct pronunciation:

Surge = a sudden and great increase

Some people learn English for decades but still mispronounce the word ‘percent’. The best way to help them is to make them watch this video every day for one week:

Key states, battleground states – these terms are easy to understand. Swing states are battleground states which could be won by either the Democratic or Republican presidential candidate. Perhaps the most interesting are the ‘rust belt states’. Rust belt = an area where there was previously a lot of industry but where most factories are now closed, especially used to refer to some states in the US. Example:

These states are Indiana, Illinois, Michigan, Missouri, western regions of New York, Ohio, Pennsylvania, West Virginia and Wisconsin. Of course, this term is unofficial. It gained popularity in the U.S. in the 1980s.

US states consist of counties:

Here is an interesting word to describe the state – bellwether state. First read the following information from Wikipedia: A bellwether is a leader or indicator of trends. The term derives from the Middle English ‘bellewether’ and refers to the practice of placing a bell around the neck of a castrated ram (a wether) leading the flock of sheep. A shepherd could then note the movements of the flock by hearing the bell, even when the flock was not in sight.

You can also watch some videos with this word here https://www.englishpatient.org/share/i/bellwether

Ironically, the video from which I intended to start this unit happens to be the last one:

You can easily guess that hamlet is simply a small village.

There will be two more units about 2020 elections where will learn more new words and facts which will help you to understand the language of the news.