After the USA election the 6-week war between Armenia and Azerbaijan is probably one of the most important events in November, 2020, especially for those who live and study international affairs in Russia. One has just to look at the map of the region to get the full picture. The following video will not only help you learn more about the region but also focus your attention on interesting linguistic aspects:

90% of these sentences are too easy to understand. But let us try now to fill the gap in the second sentence. Push the next video's play button, close your eyes and focus on the words you don’t understand yet. Please be patient for one minute:

The verb "to cede" is easy to identify here if you did not know it before.

To cede = to allow someone else to have or own something, mostly unwillingly or because you are forced to do so.

But the word that follows this verb is a challenge even for the “language connoisseurs”. The first option that may come to one’s mind is “sways” (sway = rule, dominion, power) but this is not actually said. It should be swaths or swathes. There was even a discussion about this video on Facebook: 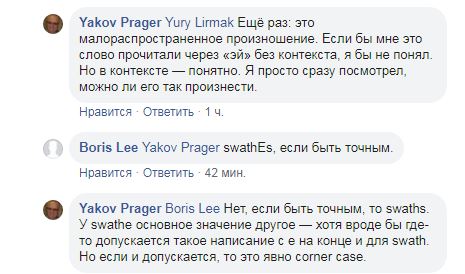 OED = Oxford English Dictionary. Read one more example of this word’s usage: “After Hamas rockets hit the electric power grid placing large swaths of Gaza in darkness, the Israel Electric Corporation employees began working near the border with the Gaza Strip to repair the power grids damaged by rockets fired from Gaza”.

Please, pay attention to both linguistic aspects and political reality: Israelis repair the power supply for the Palestinians who destroyed it. You have to be able to imagine the map of Israel and the Gaza strip in particular. Let’s go back to Armenia, though:

This video contains an idiom “from scratch”: https://www.englishpatient.org/share/i/from-scratch

You must know and use the word “exodus”, mentioned in the previous video. Read about it here: https://www.englishpatient.org/share/i/exodus

If you are not convinced yet that this word is important, at least for those who study history, watch this:

The last part of this video contains the Exodus movie theme (there is a song also called Exodus). You can come across this word in other movies too:

If you are going to specialize in foreign affairs, read about the reason of Kurds’ flight from Kirkuk. People did not fly, though. They fled. Flight = an act or instance of running away (2nd meaning).

In the tragic video about the flight of Armenians, you saw people praying in the Davidank monastery. From Wikipedia: ”It was built between the 9th and 13th centuries. In 1994, following the end of the Nagorno-Karabakh war, the monastery was reopened, and in 2004, a renovation process began with funding from Armenian-American businesswoman Edele Hovnanian, ending in 2005. The restoration efforts restored the cathedral, along with a chapel which was restored by Edik Abrahamian, an Armenian from Tehran, Iran. In August 2017, Italian specialists who had previously conducted restoration operations at Davidank returned to continue their cleaning and restoration of the monastery”.

What happened in Armenia after the unpopular peace deal was signed? You are about to learn one more very important word of French origin – “coup”. Watch the video:

coup d'état = a sudden decisive exercise of force in politics, the violent overthrow or alteration of an existing government by a small group

Of course, you might need the proof that this term is worth the efforts to be memorized:

Coup /ˈkuː/ is sometimes used as a shortened form of coup d'état in English, but it sometimes has a different meaning: an impressive victory or achievement that usually is difficult or unexpected

As you might have noticed p is not pronounced in the word “coup”. When one day, someone will start writing the speeches for you, find out how to pronounce “suspicious” words. Or else you will look like this Russian politician:

If you still don’t believe that this word is crucial for understanding the world, keep counting:

You can come across this word even in the movies:

The non-violent aspect of this word (coup) can be understood from these fragments:

Let’s go back to Nagorno-Karabakh and try to find who is right and who is wrong in this long-lasting conflict:

Try to fill the gap in the transcript for this video. No matter how many times you watch the video, it won’t help unless you go to the internet and either study the history of the conflict or (which is certainly more effective) present-day situation. This is what you would find: 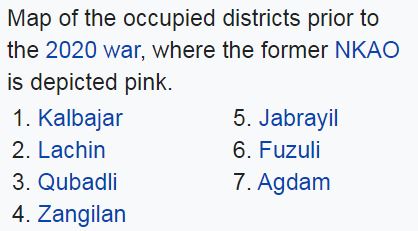 So, 27 years ago Armenians drove Azerbaijanis out from Kalbajar. You did not watch the whole episode, though. If you did, you’d probably have heard the word Kalbajar more clearly being pronounced by another TV reporter:

Sometimes instead of Azerbaijani people pronounce Azerbaijanian and even Azeri:

Turkey and Azerbaijan are allies, but in this conflict, Russia and Turkey acted more as partners than adversaries. Both countries gained momentum in the Karabakh War. We can even talk about this war as a joint project by Moscow and Ankara. In Syria and Libya Russia and Turkey were sometimes on the opposite sides, but Putin and Erdogan usually agree on spheres of influence. This is why there is no room in the Caucasus region for other players like Iran or the United States. Let us watch the final video about the 2020 conflict:

We are far from having a full picture in the region. There are many issues you have to be familiar with. One of them is undoubtedly the history of Turkish-Armenian relations. A piece of advice: when you travel to Turkey, never mention the genocide of Armenians over one hundred years ago. You might end up in prison since Turkey denies this genocide. Learn about it and the world will change its colors a little bit. For instance you might get interested in BBC news when they mention a football match between Turkey and Armenia even though you never liked this game. Moreover, this miraculous process will help you learn English much faster and better. Take, for instance, the very word "genocide’:

It is not so easy to memorize all the words and expressions mentioned in this unit. But you must learn the basic truth that would help you to start accumulating the knowledge and skills. All you have to do is to exclude indifference as an option when it comes to what’s happening in the world, to what has happened in the recent history, at least. It applies not only to historians but to all educated people. As George Orwell wrote in his novel “1984”: if that is granted, all else follows.

The region’s recent history in 100 words

“Nagorno-Karabakh is part of Azerbaijan, but its population is majority Armenian. As the Soviet Union saw increasing tensions in its constituent republics in the 1980s, Nagorno-Karabakh voted to become part of Armenia - sparking a war that stopped with a ceasefire in 1994. Since then, Nagorno-Karabakh has remained part of Azerbaijan but is controlled by separatist ethnic Armenians backed by the Armenian government. Until recently, negotiations mediated by international powers had failed to deliver a peace agreement. Armenia is majority Christian while Azerbaijan is majority Muslim. Turkey has close ties to Azerbaijan, while Russia is allied with Armenia - although it also has good relations with Azerbaijan. https://www.bbc.com/news/world-europe-54324772